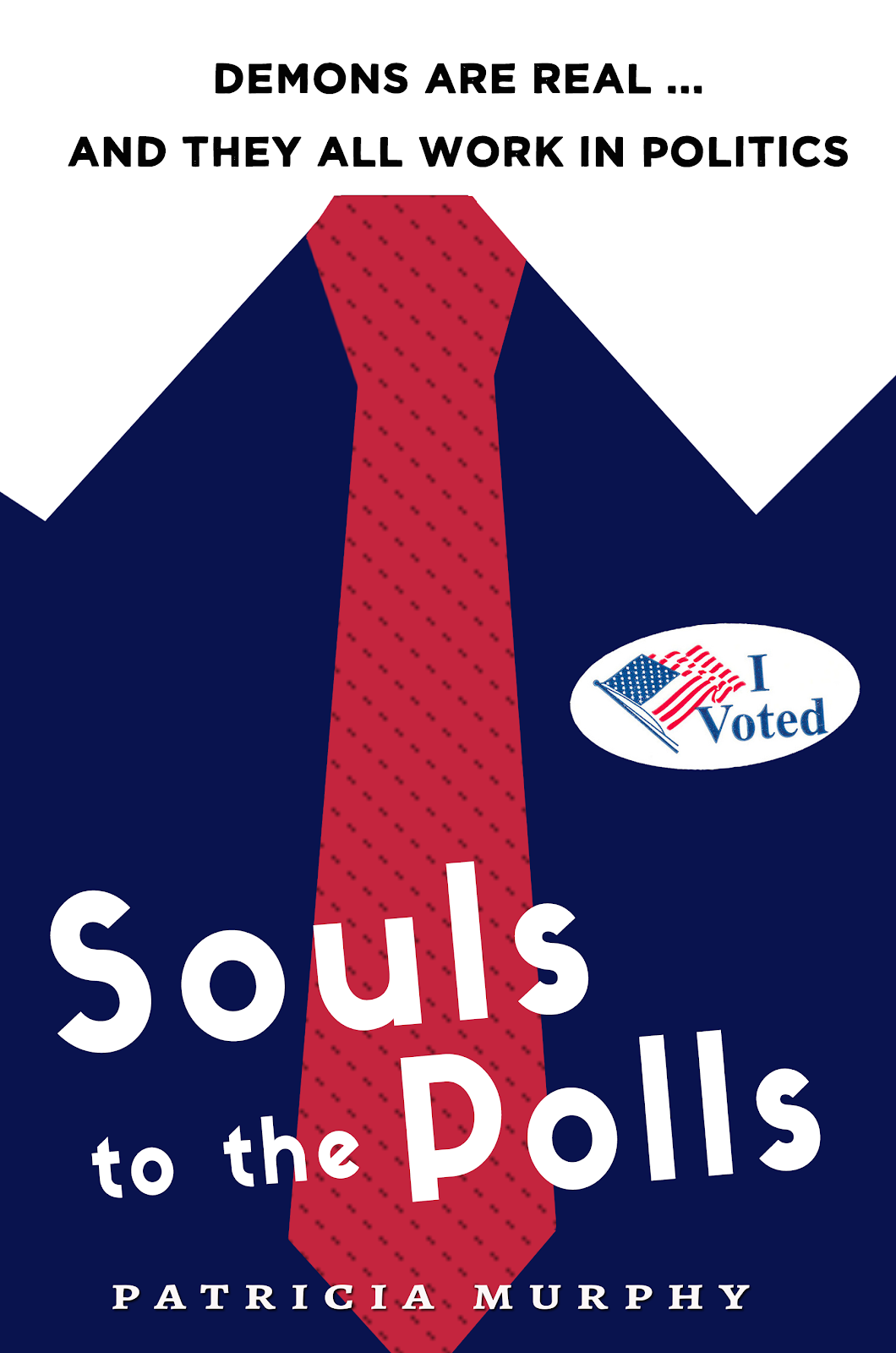 Maggie Frew is a demon. Like all demons, she works in politics – keeping her darkness under control by feeding it a steady diet of malevolence and sin.

The problem: Maggie’s candidate in Virginia, older than dirt Peter Cameron , doesn’t have an evil bone in his body. And without a steady source of food, Maggie’s demon could wind up controlling her.

The plot thickens: A crime spree heats up in the sleepy town of Leesburg, Virginia, thanks to a rogue demon intent on creating mayhem. And now the creature has set its sights on Maggie.

Somehow, Maggie will have to find a new source of food, stop a rogue demon from exposing its existence to the world, and manage a campaign team made up of two seventy year-old Lesbians and Harry the Terrified Intern. 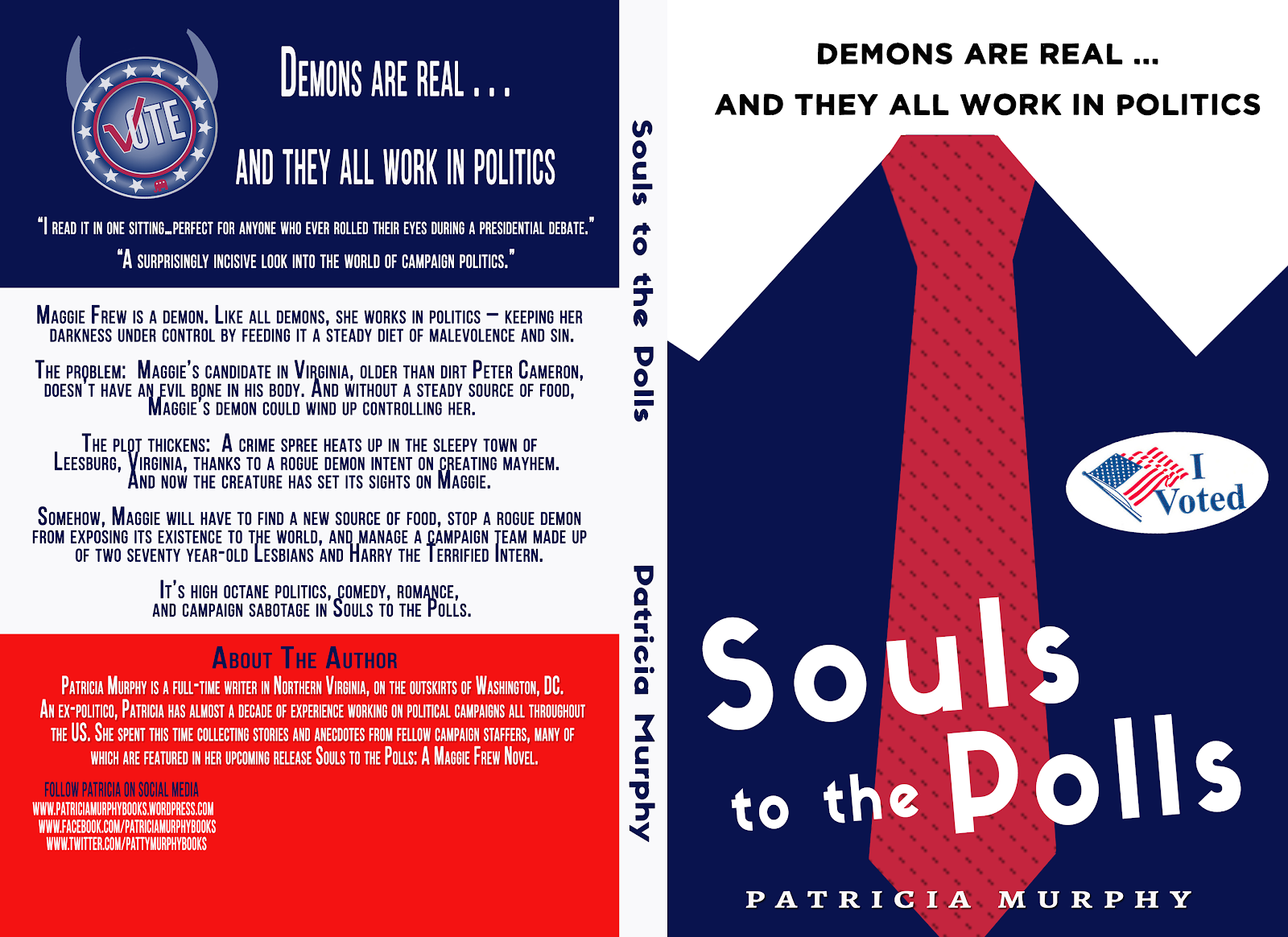 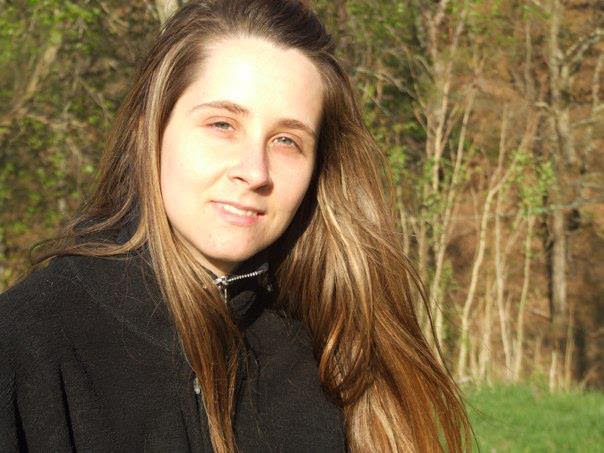 Patricia Murphy is a full-time writer in Washington, DC. She has a lot of years of experience working on campaign politics all throughout the US though, by her own admission, she was a pretty lousy campaign manager. This is due entirely to the fact that she spent most of her time writing about the off-the-wall anecdotes and colorful characters she met along the way instead of actually running the campaign.

Patricia is happily married with two overweight cats and her first child on the way. In her spare time, she enjoys yelling at the television during presidential debates and eating cold pizza for breakfast. 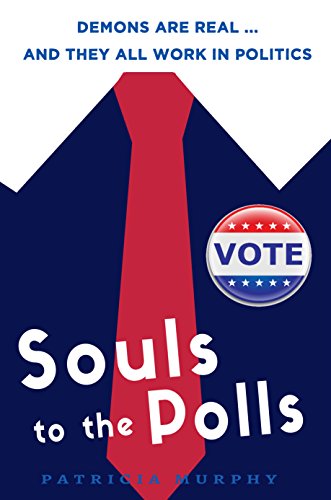 Maggie Frew is a demon. Like all demons, she works in US politics – keeping her darkness under control by feeding it a steady diet of malevolence and sin.

The problem: Maggie’s candidate in Virginia, older than dirt Peter Cameron, doesn’t have an evil bone in his body. And without a steady source of food, Maggie’s demon could wind up controlling her.

The plot thickens: A crime spree heats up in the sleepy town of Leesburg, Virginia, thanks to a rogue demon intent on creating mayhem. And now the creature has set its sights on Maggie.

Somehow, Maggie will have to find a new source of food, stop a rogue demon from exposing its existence to the world, and manage a campaign team made up of two seventy year-old Lesbians and Harry the Terrified Intern.

Welcome to another edition of Reviews R Us. I have been sitting on this little gem that I am super excited to tell you all about. Souls to the Polls. I had the pleasures of reading and editing this beauty. And let me tell you, it was a fucking blast. Patricia had me laughing so many times. She was a joy to work with, and Maggie was a pure joy to get to know. Oh wait. Maggie is the main character of her book.

Maggie is unique. She has a secret that not a lot of people know. She is harboring a demon soul. Why? Because it’s her destiny. The problem she has with this destiny? She doesn’t want to interact with her demon more than she has to. Because on some level she still resents the thing. But to survive this election she had to learn to work with it. To become the same soul.

But, that’s not as easy as it sounds. When you have your ex trailing your every move, the opposition wanting to get into your pants – though this has been the case for years now – and a rogue demon on the lose… What’s a girl to do? Oh and don’t forget about the ladies at the office that can’t stay out of the bridal magazines and 2 packs of smokes a day. (Okay, okay… That may be an exaggeration.) And then add a high school kid for your intern… It adds a new level of hilarity.

Until you find out who’s behind the demon being in town, why they released it… And that they have no idea how to get rid of it. Because they lost the fucking book! And now you have to find it to banish the damn demon. Sounds easy right? Well… Maybe if the damned Vatican wasn’t involved. Maybe not directly, but you know… Catholic church and all.

Now add a politician that is clean as a fucking whistle, beloved by the community, but a touch dense. Well, more than a touch. But, he’s so sin free that Maggie can’t even feed her demon on him a little. So she’s starving. In this little sin free town. Even the lesbians aren’t sinful. So, she has to turn to the one person she doesn’t want to. Ford. To have him help her find something to eat. Because it’s been months. And they are starving. And they can’t feed anything.

Until she meets him candidate. Then all hell breaks lose.

This is a fun little jaunt in religious politics, with a romantic twist. Demons, politicians. Campaign managers. They are all the same. Or are they?

You can get Souls to the Polls on Amazon, and it’s free with Kindle Unlimited. And while you’e at it why not give Patricia a follow on Facebook, Twitter, or her wedsite?

Until next time (probably tomorrow)

on Sunday, what do you do? For me? I either write or read. But today? We cleaned house. Why? Why didn’t I watch football? Because the Packers play Monday Night Football, and the Cowboys won on Thanksgiving (10-1) LET’S GO BOYS! And that’s coming from Packers Nation. So, I of course had nothing better to do. I am reading this AMAZING Arc right now, that I will tell you all about later, and another book I edited just hit shelves. Y’all have GOT to read it. It is stinking hilarious. That will be getting its own review later too, BUT you need to get it RIGHT NOW while its free!!!! Souls to the Polls which you need to pick up and read and leave a review. And then tell your friends to read it too. Because it’s Amazeballs.

Until I have time to post a real review for it.

Like Loading...
Okay, So here’s my thoughts on todays issues. Trump was elected. I do not like it. It scares the shit out of me. No, not because I am a ‘freeloader” or whatever you want to say on that matter. It scares me because of the fact that everyone thinks its okay to be racist. That people think its okay to hate.
It scares me that all the progress we have made, not just under Obama, but both Bushes, Clinton, Reagan, Carter, Ford, and Nixon will be reversed. Martin Luther King Jr will have died in vain with this election and the regressive thought path of a major part of America.
I love my country. But this is another instant where This is my Country, but He is NOT my President. And though that is the case I want you to take a second and think about what I am saying too. I am not going to unfriend you because you voted for Trump. I pity you, I hate that you helped pick this path of hatred we going down, but I will light a candle on my alter and pray for peace in your soul.
You are my friends and my family. I feel sick right now that our future is so uncertain and that we don’t know what is going on anymore. But I still love all of you. Now please no fighting on this post. Thats not what I am posting this about.
I do not approve of what the #Notmypresident movement is doing, BUT I please ask that you understand that not all of us are that disrespectful or assholish. Same as not all #BlacklivesMatters Supporters are that assholish or stupid. I support BLM, but I support the ones that are doing it right. The ones that are being peaceful about it.
I support the movements are aren’t causing riots, aren’t causing gun fights, and aren’t causing people to flee in terror of what will happen to them.
To all my Trump supporters, I beg of you, Please be the humans I know you are and when you see your fellow Trump supporters being asshats and terrorizing their fellow human being, Knock them senseless like ANY good human, Trump, Hillary, Bernie, Jill or Gary supporter would.
And to My Hillary supporters, I know that this is one helluva blow, we have four years to get back n our feet, figure out a way to get he electoral college to figure their shit out, or get out, and to find someone who can beat the rabid Tangerine as I have heard him called.
Now, I agree with one thing. I will give him ONE chance. ONE chance to not fuck up. That is the best I can give you.