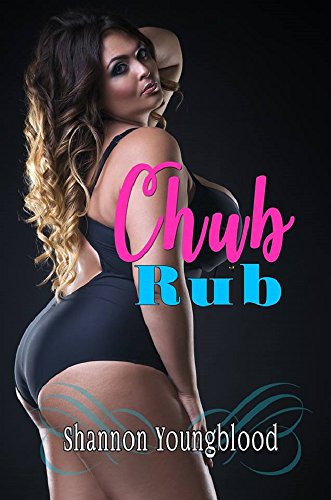 Fat:
/fat/
Adjective
1. (of a person or animal) having a large amount of excess flesh.

Hi. My name is Maggie, and I’m a fat person. No, I’m not a self-loathing, angry woman who thinks all skinny girls are the devil spawn of satan, thank you very much. What I am is a cubicle dwelling, shy girl with a healthy love for all things chocolate and deep fried. Yeah, I know, I should put down the brownie and pick up a celery stalk, but where is the fun in that? My best friend, Polly, assures me that the club we’re going to tonight is going to be loads of fun, but I’m not sure. Until I meet him.

Yes, Yes. Laugh it up. A 30 year old, sexually Dominant male, who owns his own club, is scared of water. If you’d been through what I had as a child, you’d be fucking terrified of it too. I’ve always looked for Mrs. Right Now, preferring to fling myself from a moving airplane into the Atlantic than to think about settling down. Until she comes walking into Newcomers night at my club.

This is Jackson’s world, not mine, but he’s slowly dragging me under, introducing me to things I don’t fully understand, but want to learn. There is something between us. We can’t fight it. We’re both sinking.

That Blurb from Shannon’s book is what initially drew me to it during a mutual friends Facebook Re-Release party for her book and author takeover spots in September. I am no skinny girl. In a lot of way’s I feel fat constantly. I am fat. But any Big Girl knows there is a difference between being fat, and feeling fat. Even skinny girls know there is a difference. Being fat does not mean you ARE fat. I know how that sounds. It’s peculiar. It’s weird. It’s out of what you visually see. But seeing is NOT believing. Just because someone is heavy doesn’t mean they are unhealthy. Just because someone is skinny doesn’t mean they are healthy.

The fact that I could relate to BOTH characters was even bigger. I am aquaphobic as well. Water scares the shit out of me. If I can’t touch the bottom with my feet, it ain’t happening. I won’t go in the water. I sink like a brick. I can’t float. I don’t even trust my husband. Deep water gives me panic attacks.

When I started reading Chub Rub I felt an instant connection to Maggie. She was everything I used to be. Timid. Shy. Uncomfortable in her own skin. Hell, there are days that I am still that girl, no matter where I am with my weight. But, I kept reading, because I wanted to know more about her. I wanted to know more about Jackson. I wanted to meet these people who reminded me of me. I didn’t want to become attached the way I did, but it was inevitable. I fell for them as if they were my best friends. I understood their pain. I understood their fears.

I understood their insecurity. I understood Maggie’s self-conscious hatred of herself. The fear of letting ANYONE see her naked. I hated the way I looked naked. I still do. Stretch marks, saggy skin, scars, blemishes. I hate it all. And I love it all because its me. And this amazing book helped me see that.

“No matter what anyone says. I am beautiful. Inside and Out.” Jackson made Maggie repeat these words over and over. Often. They were a mantra to make her self-confidence, esteem, and respect grow. But these aren’t just for her. They are for any woman who needs them. Anyone who feels that they aren’t worth it in life.

Jackson is the person that you find once, maybe twice in your lifetime if you are lucky. That person that no matter what you look like will stand by your side, love you and be there for you. He’s everything that Maggie needs in her life, and everything that she doesn’t. Jackson doesn’t want her in his life. He’s scared of everything that she brings with her. But I think that that is what makes these two perfect. They are the best and worst of what the other needs.

And then there is the terror aspect that Shannon brings throughout the whole book. Hinting at it first as excitement, before dropping that its not what we think, to the climax in an unexpected drop. I was up, I was down, I was riding the waves with Jax and Maggie as they rode theirs. This book captivated me. I never wanted it to end. Shannon markets it as Not a Happily Ever After, but I think she’s Dead Wrong. I think if you look deep enough even the saddest, most broken ending has its happily ever after.

So go out, get your copy of Chub Rub, its available for Pre-Order on Amazon right now, or wait til Nov. 17th and read it on KU. Trust me though. It’s 100% worth the time, the read and the review. And once you’ve read it? Pass it on and make another special woman in your life read it. And then make sure they do the same.