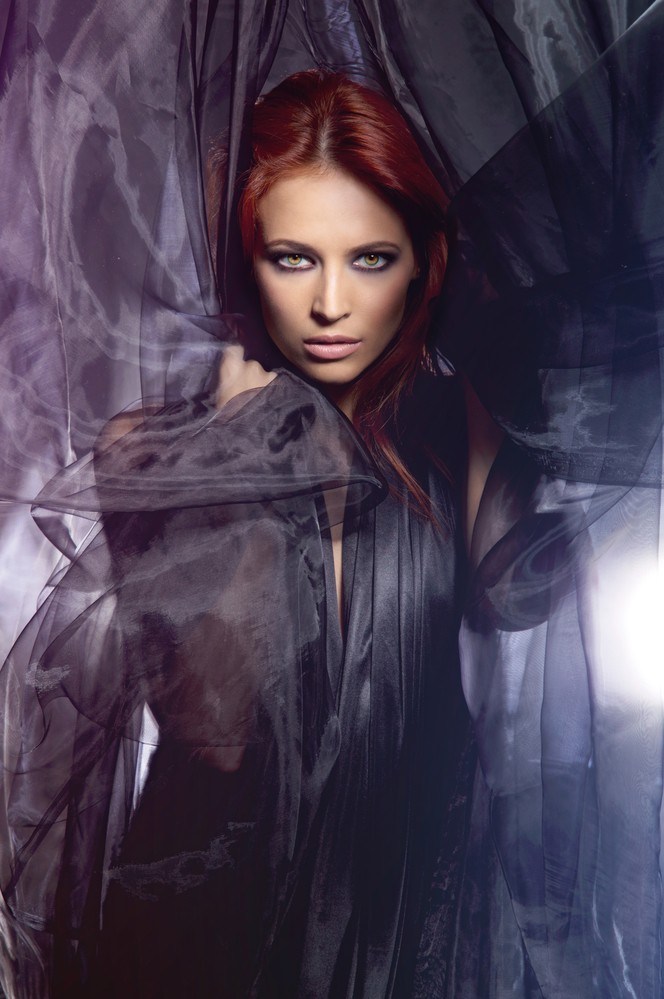 END_OF_DOCUMENT_TOKEN_TO_BE_REPLACED

Deliaria Davis grew up in the cold winters and mild summers of Anchorage, Alaska, where her heart remains to this day. She met her husband there and would return in a heartbeat.

She has five amazing kids, and when she isn’t writing she is homeschooling her autistic son, or helping her youngest son with therapy for his disabilities.

Currently, Del resides in Spokane, WA, where she is hoping to someday be able to afford a house big enough for each of her kids to have their own door to slam.

Until then, she will continue to write whatever pops into her head, and loves to interact with her fans.

So, I would love to tell you all about my next book I have coming out, Midnight Kisses, which is being released in Hot and Sinful Nights, a new boxed set, set to release September 26th! 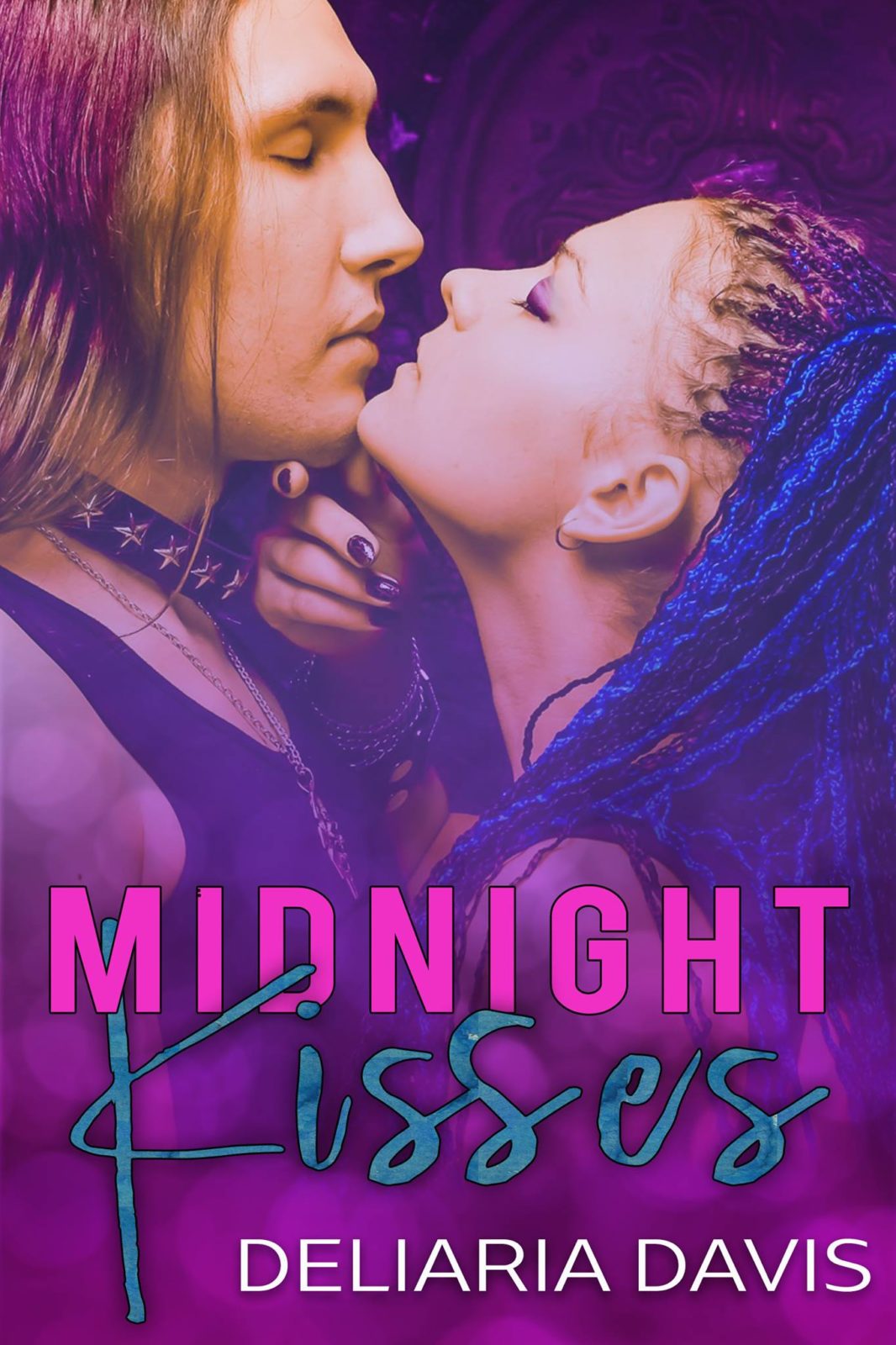 One song was all it took, now he’s stuck on her hook.

Sol Hickey just wants to move along. She’s bored, she’s stuck, and she’s in a rut. Her favorite rock band, Addison Crow, is her ticket out of town. She doesn’t know just how true that is when Jace Crawford pulls her on stage.

Jace Crawford is tired of groupies. The last one he had to file a restraining order against just to get her to leave him alone! Then, he pulls Sol onstage during a performance and hears her sing.

She’s running from everything, he’s running toward the future in Rock and roll. Will these two get over their fears of the past to run into each other?

This was easily the hardest book I have had to write. I am an erotica author by trade, and I leapt at the challenge of writing a book without a ton of sex and language. Well, sexy language. These are rockers, and rockers curse. A lot. If you’ve ever been to a rock concert you know exactly what I am talking about. If you haven’t, oh you should go to one. They are a blast!

I have to say though, I have someone I have to thank for the inspiration for this book! K.K. Allen! Without her Wolf and Lyric I never would have had guts to write this.

“Every show we pull someone up on stage with us to sing. Tonight, Jace, our lead guitarist,” Jinx pointed at his band mate, “pulled this hot momma up here with us. Honey, tell the crowd your name.” He shoved the mic in her face, as though she didn’t already have one in her hand.

“Sol.” Her voice quivered as she stared at the crowd, her eyes staring as though she had been caught in the headlights. Maybe she had, though. The headlights of fame.

Jace shook his head, listening to her quivering voice. Great, he thought. Another meek fan who’s going to be too starstruck to sing, or just sound like a warbling goat. Why the fuck did we believe this was a good idea?

He watched her as she took a deep breath, shook herself, and squared her shoulders. Jealousy flared again as Jinx raised an eyebrow at her and she grinned. Sol had looked around the stage before she nodded at the guys, letting them know she was ready.

“Are you ready to rock, Spokane?” Jinx waved his mic back at the roaring crowd.

Jace took a deep breath, preparing himself to restart the song, praying he was wrong about the hotty on stage.

“Here’s your shot, Sol. Let’s Get Ripped!” Jinx roared as he jumped to the edge of the stage landing on an amplifier as he started singing. Sol picked up the background vocals remembering them from the live album.

I can’t give you all my secrets and song lyrics, but I can give you the title song of the book! I hope you enjoy reading my book as much as I enjoyed writing it for all of you! 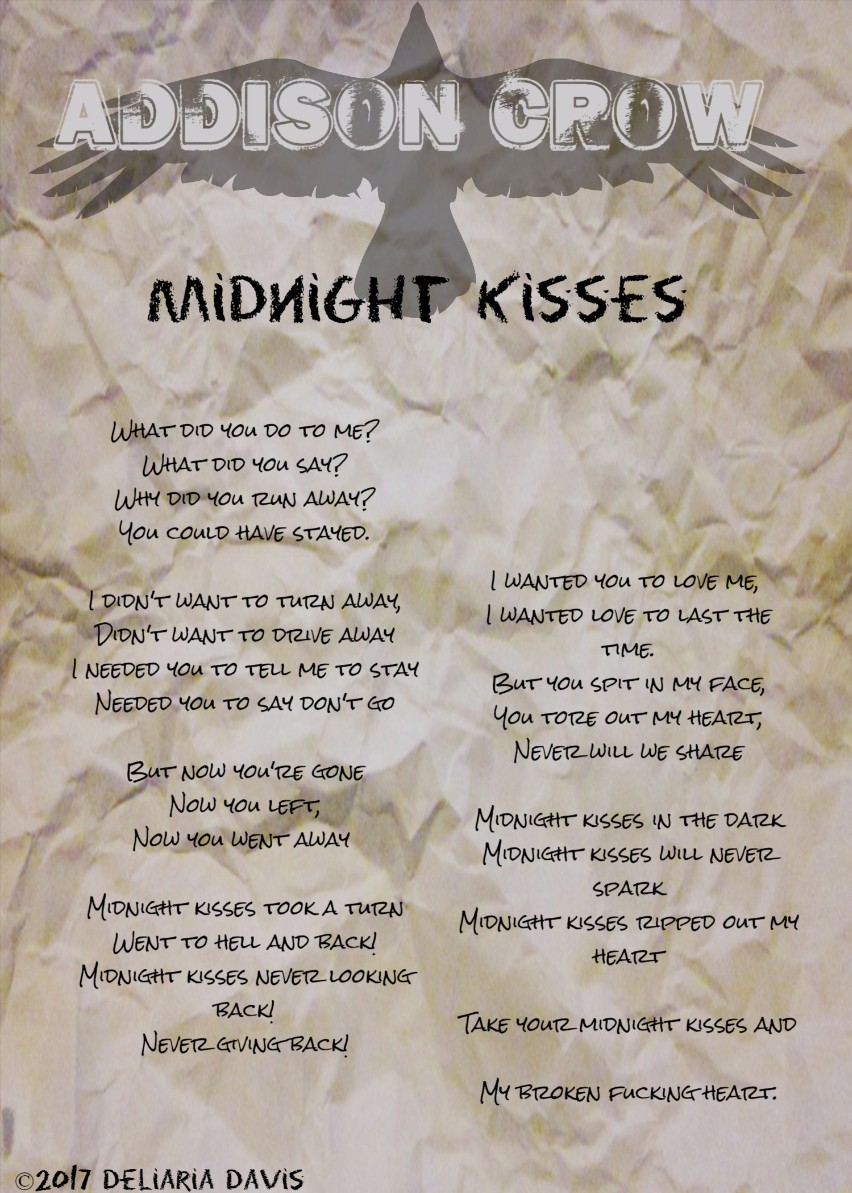 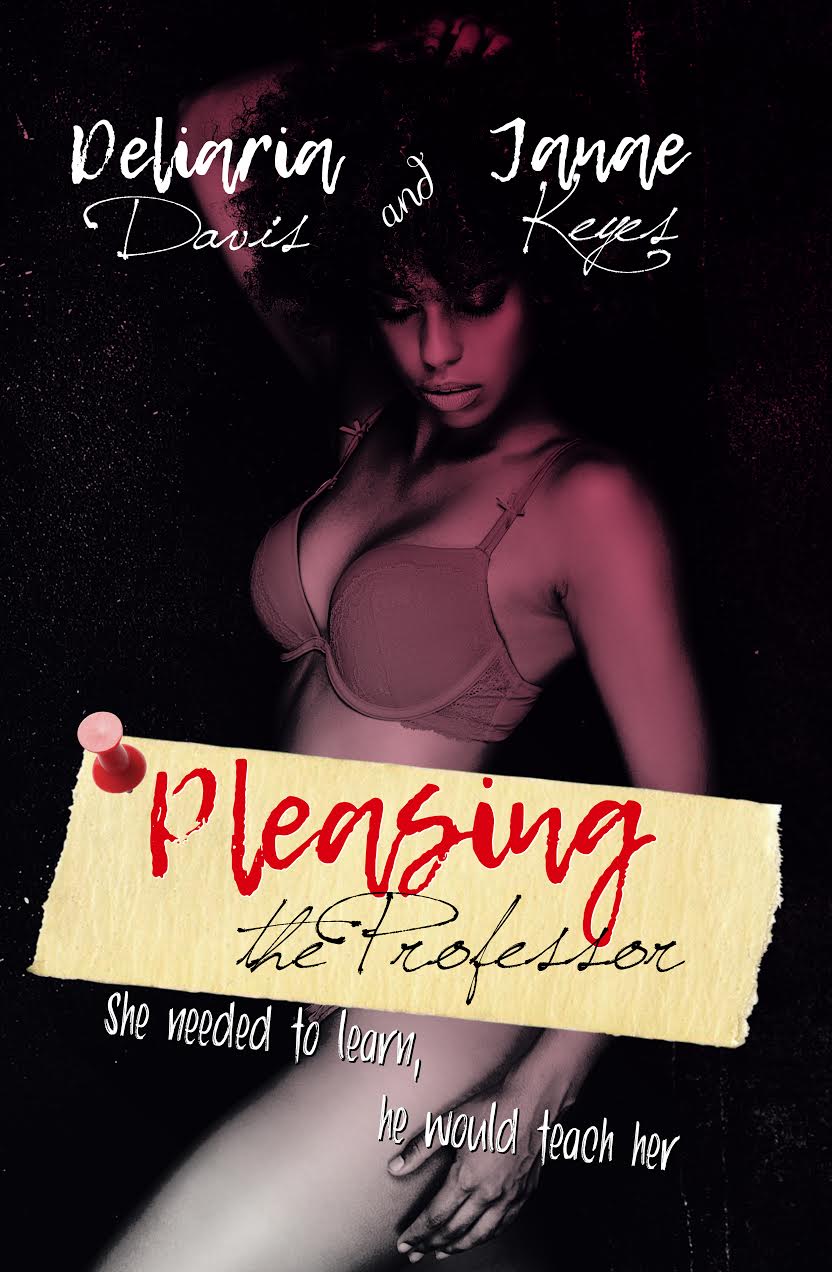 Professor Ramsey Kendall knows he has to have American exchange student, Dora Monroe, from the moment he lays eyes on her. Everything about her sends his primal instincts out of control.

Dora Monroe is running away from humiliation and shame. Studying abroad seems to be her only escape from a grim reality.

The moment her eyes meet those of her Professor, she knows their connection is magnetic.

Risking it all for intense moments of pleasurable bliss, Dora is willing to learn all she needs to please the professor. 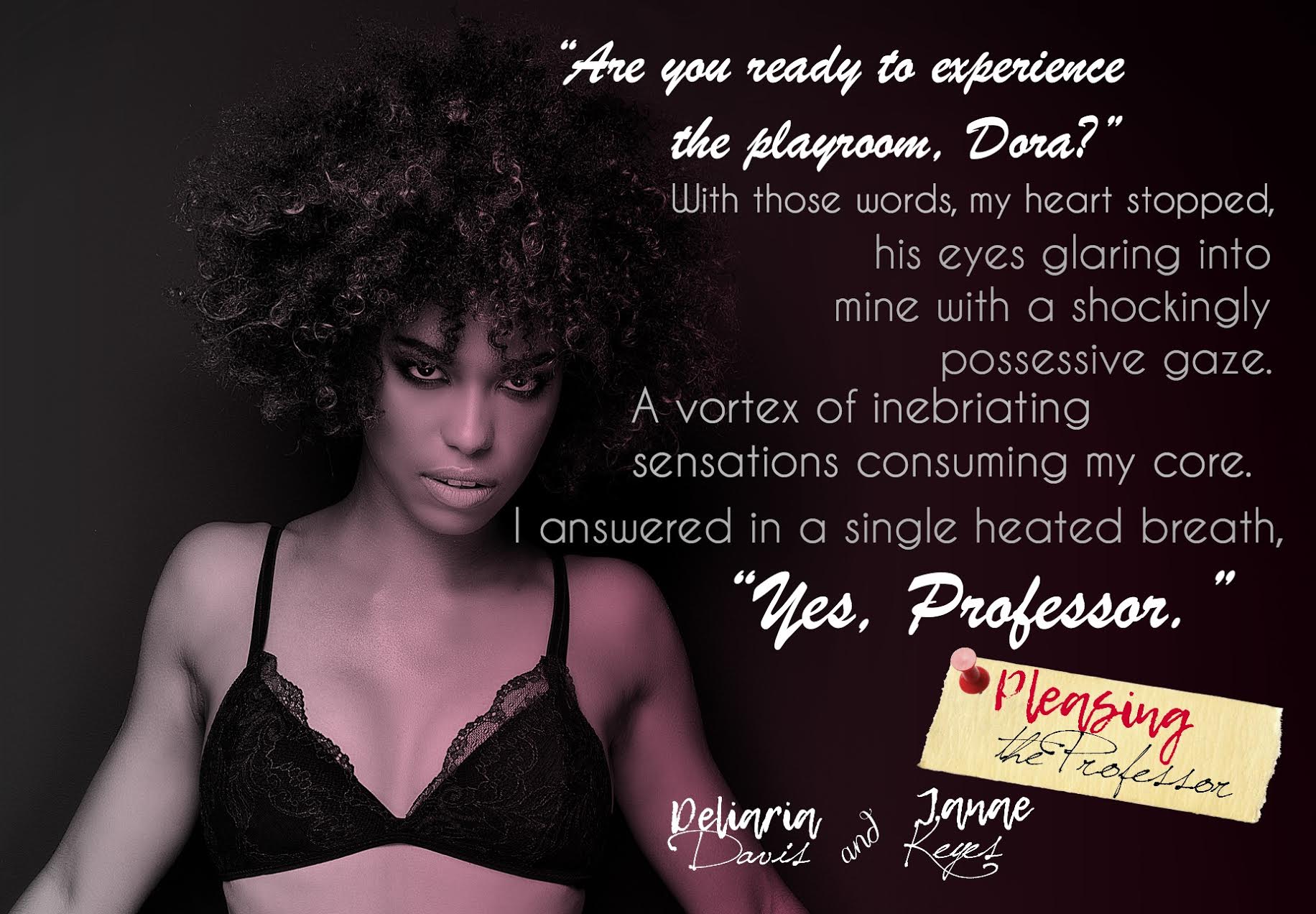 Janae was born and raised in the California Bay Area. She grew up a very creative only child and has been writing for as long as she can remember.

Janae accidentally met her now husband online, and a whirlwind romance began because of their mutual love of Harry Potter. After dating long distance, Janae picked up her life in California and moved halfway around the world to Belgium to be with him, all in the life of a hopeless romantic.

When Janae isn’t being bossed around by her toddler, she is working on new ideas and working to improve her craft. Janae is currently living in a suburb of Brussels, Belgium with her husband and daughter. 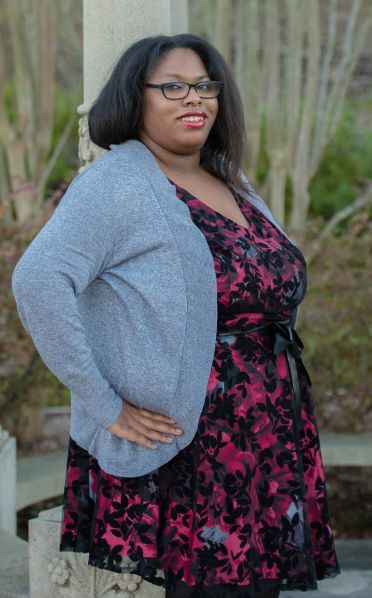 Del is a mother of five amazing children, who married the love of her life on Halloween 11 years ago. They have 2 cats and one fish and enjoy spending time together as a family. She enjoys writing all sorts of books and stories and currently has about 9 projects that she is working on when she isn’t busy homeschooling her autistic son, or helping her youngest son with therapy.

She misses the mountains and snow of the only true place she calls home; Alaska. Del currently lives in Spokane, WA with her family and plans to live there until she becomes rich and famous through her writing and can afford to move back to Alaska. 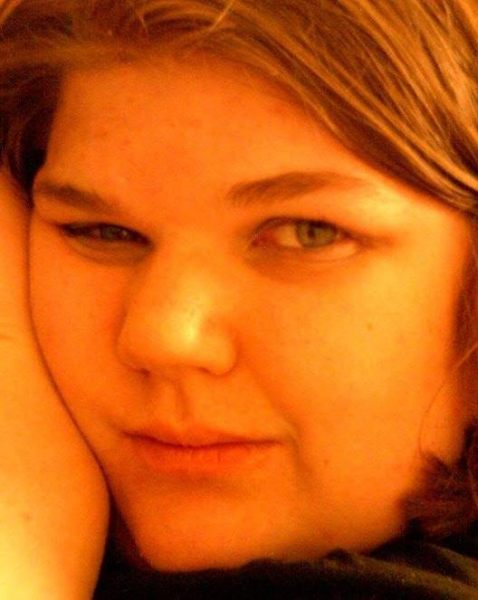 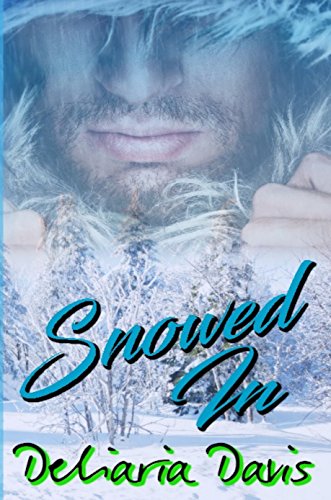 Alexa is looking for a fresh start in life, though scared of what might come. After dealing with a divorce from a controlling and abusive husband, her brother is helping her get back on her feet. He hires her on as Daniel Black’s housekeeper for a few months until he finds a replacement for her.

Daniel Black caught the first plane out of Portland to Anchorage (after having just flown home) after finding his girlfriend cheating on him in their bed! He needs to escape any memory of her and knows that his new house overlooking the gorgeous Denali National Park is probably the best place to lose his head. What he wasn’t counting on was this gorgeous red head that was thrown into his life when he needed a housekeeper.

Alexa and Daniel decide that a light fling is what they both need to help get over their former lovers and lives. Neither of them even contemplates what could happen when they get trapped in the house after a massive blizzard. Things start to heat up and before they know it they are battling their emotions as well as the cold wilderness and lack of communication with the outside world.

I have been waiting to release this! Finally its here! Pre-Order Snowed In today!

Whatever Holiday that may be!

And don’t forget to get your copies of Yuletide Fantasies and Mistress of the Vampires for free this week! My gift to you!

Okay guys!!!! Go get your copy of Yuletide Fantasies just in time for the holidays! Starting Christmas day both my books will be free til the 29th of December! Thank you all!

https://www.amazon.com/dp/B01M14EFHC Mistress of the Vampires.