The Cathell Series by A.M. Rycroft 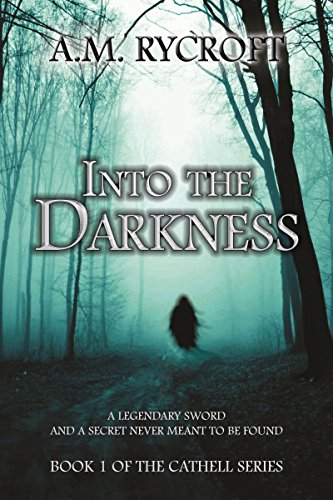 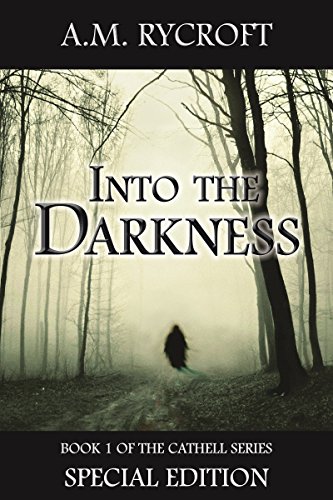 Into the Darkness Book Blurb:

The best laid plans often go astray… Two lives are forever changed when the search for a legendary sword uncovers a dark secret hidden for centuries by the gods themselves.

Aeryn Ravane seeks to finish her late father’s quest to break the ancient curse on the Black Caverns. After breaking the curse, she has another goal in mind: find the sword once wielded by Cathell’s most legendary adventurer. It remains trapped somewhere in the twisted labyrinth.

Little does she know, someone else dreams of finding that sword. The young thief Theo intends to spoil Aeryn’s plans and take the sword for herself. It will be the bargaining chip she uses to exchange for her brother’s life, held in the balance.

When Aeryn and Theo cross paths, they are not fast friends. The hungry darkness they find on their search forces them to choose between going it alone and sticking together. The events that follow ensure that neither of them, nor Cathell itself, will ever be the same.

“…[one] rousing sword-and-sorcery extravaganza. This novel is plotted well with a complex back-story that emerges gradually.” — BookLife Prize in Fiction 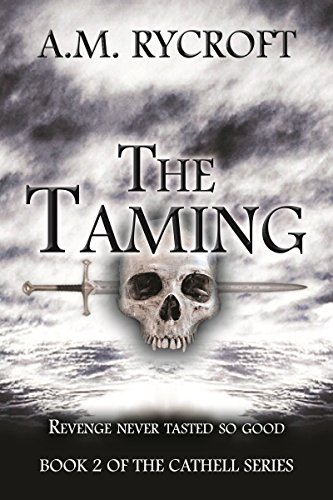 “…a fast-paced, well-written novella that all but demands to be read in a single setting.” — Bob Milne, fantasy and horror blogger

Thystle Moran was never one to dwell on the past. This comes in handy in her line of work as a sword for hire. Only one job has ever bothered her. The one that ended in the death of her friend. A year later, she finds out his death was no accident. Thystle seeks retribution, but her world quickly spirals out of control as she faces off against dark memories and betrayal.

Welcome back to Del’s Book Reviews. Wait… that’s not the name of this Blog. Del’s Rambunctious Ramblings? No? Del’s Delusional Ravings? Yes? Yes! That’s it! Today in Del’s world we will be taking a look at a series of books that I am loving. The Cathell Series by indie author A.M. Rycroft. Her books are available not only in e-book format, but also in print. How exciting is that? And book 1? It’s even in special edition! Who doesn’t love a good special edition? I know I do.

Now, I had originally received the first book, non-special edition from A.M. as a reader copy for a review a few months ago. I was looking for a new book to read, and fantasy was right up my alley. I hadn’t had a good fantasy read in ages. And then I found this. Into the Darkness had me hooked from the start. It may have started a little slow, but to make a good fantasy, you have to take the time to build the world, and she built the world. From Aeryn and Theo; to the legendary hero’s and villians they must face together.

But don’t let that world building deter your either. She throws you right into the action with adventure, mystery, thrills, chills, and depth that will drag you in and leave you wanting more as you read.

A mix between the ring, the journey, the adventure and the forced comradeship of the Fellowship and Hobbit, to the darkness of terror the Stephen King can instill with a faceless phantom set on mass destruction, with the slight whimsicalness of a light fantasy novel, the battles kept me hooked and the story kept it going. I wasn’t bored. I felt like I was watching a well run DnD campaign play out in front of me with multiple players and a well seasoned DM. It was a pleasure to read and get to know the characters strengths, weaknesses, and loyalty to each other, and their world.

By the end, I couldn’t wait for the next book and to see where their journey’s would take them next.

After reading Book 1, I had to get Book 2. There was no question about it. In this book we meet Thystle again as we see what she is up too not quite a year after the events of Book 1. Who’s Thystle you ask? Well, you’ll just have to read Book 1 to figure that out, ’cause I ain’t telling. Anyway, Thystle is up to being Thystle and out for revenge in this book. Wanna know if she gets it? Well you’ll have to get this one and read it too, if you wanna find out. Because, I’ll never tell.

Both of these books are great reads, I would totally recommend them to DnD players, Fantasy and Horror lovers alike, and to you, my readers.

Into the Darkness (Special Edition) Smashwords