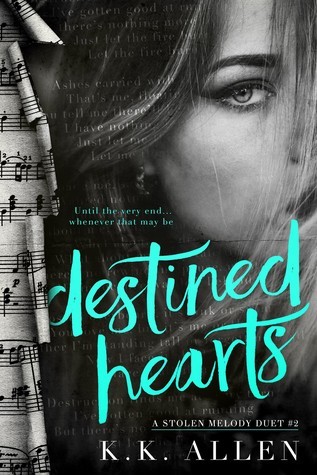 Lyric Cassidy is off the tour, lost as to what her next career move will be, and certain that she’ll never love again after Wolf. All because of a social media scandal that left her with no choice but to pack up and face the consequences. When she learns that the fate of her career is in her hands, she has a difficult decision to make. Step back on the tour bus with Wolf and deal with the mess she left behind, or end her contract early and lose her job at Perform Live?

Wolf’s shattered heart finds no resolve in giving Lyric a chance to come back on tour. He can never be with her again. Not after she walked away. Conflicted with wants and needs, he struggles to remember who Wolf was before Lyric. That’s what he needs to become again. Maybe then his heart will be safe. Or maybe there’s no hope for the damaged.

But with stolen dreams, betrayals, and terrifying threats—no one’s heart is safe. Not even the ones that may be destined to be together.

When we left Wolf and Lyric in Dangerous Hearts…

Gill: Wait you haven’t read book one? Why are you reading Del’s review of book two? Go away until you read book one and then you may come back and read this review. We’ll fucking wait…

*I would like to thank Rebekah Dodson for letting me borrow Gill for a moment, from her Lanval series. (Y’all should read those books too!)*

Where was I? Ah, yeah… Wolf and Lyric are heartbroken fools, destroyed by Tony’s idiocy… And Lyric’s insecurity. There are secrets, lies, and new characters to meet in book two of the Stolen Melodies Duet.

Whats a Duet. Its two books. And Ms. Allen does a great job of tying up the entire story in two books. But I have a problem. I want more from not just Wolf and Lyric, but the other couples as well.

I know my reviews have been vague lately, but there is so much going on in the book that I can’t do it justice without spoiling the entire book and I can’t do that to you! But, if you want it then you got it. Let’s try…

We come back to Wolf and Lyric pining for each other after their big fight at the end of Dangerous Hearts, finding Lyric with a choice to make in regards to the rest of her career. Which choice will she make? I’ll never tell.

Wolf is depressed, unable to feel the same love for the performance and concerts that he had before, there’s something missing in his soul. When things finally get back to normal… They still aren’t right.

How can you be right when you are so pissed off at someone for what they did, for what you don’t understand? For what they won’t, can’t tell you, right away? That’s exactly what Wolf and Lyric are dealing with.

Lyric’s secrets all revolve around her mothers betrayal from when she was living with her, but she’s never told anyone. She can’t. She’s terrified of telling anyone the truth. And it just drives a wedge between her and Wolf.

But, I’ve always said angry sex is the best sex, and Ms. Allen writes some of the best angry sex I have seen in ages. She channels a fury that is passionate, sexy, and charismatic all together.

Well, okay, the only thing better than angry sex? Angry sex with someone you love. And these two are perfect for each other.

And then when things finally start to calm down, Lyrics dad comes into the picture, and things just get wild from there. More secrets! Til finally Lyric can share her soul, her past, her devastation with Wolf.

You would think that would be the end of the drama, but it’s only the beginning of it. You’ll never see the second half of this coming, and I refuse to spoil it. If you want to know what happens, you have to read this book.

K.K. Allen has done it again, and I cannot wait for her next book. I am beyond honored to be a part of her ARC team! This Duet has inspired my next book, and I am forever grateful for that!